What is fecal microbiota transplantation

It’s reported that gut microbiota dysbiosis associated with a variety of intestinal and out of intestinal diseases, such as surgical postoperative infection, antibiotic-related diarrhea, inflammatory bowel disease (IBD), irritable bowel syndrome, metabolic syndrome, immune system diseases, allergies, epilepsy, autism and so on. The origin of fecal microbiota transplantation is from the ancient China, as Dr. Faming Zhang first time reported in American Journal of Gastroenterology in 2012. Fecal transplant was recorded in “the handbook of prescriptions for emergencies”and”Compendium of Materia Medica”. In 1958, Dr. Eiseman et al. who used healthy persons’ fecal to successfully treated four cases of severe pseudomembranous colitis. In 1978, Clostridium difficile infection was found to be the main cause of pseudomembranous colitis and the value of fecal transplantation in the treatment of refractory Clostridium difficile infection was observed its importance. Therefore, the fecal transplantation was recorded in the “TIME” magazine as one of “the worlds ten medical breakthroughs”. In 2013, the fecal microbiota transplantation was corned into the American medical guideline for the treatment of Clostridium difficile infection.

FMT is the core strategy of reconstructing intestinal microbiota. Although it has prominent efficacy and high security, it does need requirement of standardization. Since 2012, Dr Faming Zhang moved from advanced endoscopy into microbiota research. Faming Zhang’s team focus on standardization of fecal microbiota transplantation and moving it forward for rescuing more patients.

Zhang’s team is working on:

(2) To make clinical flow of transplantation better, such as protocol during safe endoscopic procedure;

(3) To make patients have better experience of treatment using microbiota, such as how to improve patients feeling;

(4) To study new delivering way of microbitoa and medication into gut, such as colonic tranendoscopic tubing (TET), the quick technique of endoscopic nasojejunal tubing (mid-gut tubing) (the shortest time of tubing is 1 min and 23 seconds);

(5) To provide national nonprofit service for all patients with refractory bacteria infections in whole China based on www.fmtBank.org;

(6) To organize cooperation researches, as leading and largestmicrobiota transplantation center, to explore mechanism, proper indications, better methodology and train physicians and the public in China. 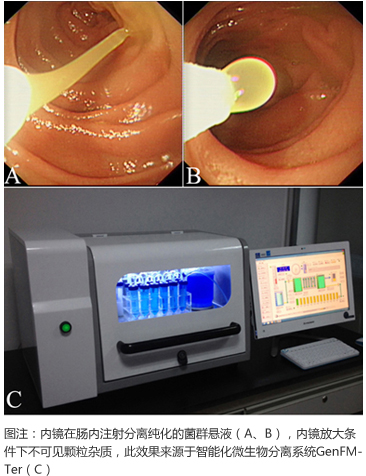